The Splinter car is probably the most beautiful woodworking project ever created. This beautiful car is not just a concept on paper, but is life-sized car! The builder of the Splinter is Joe Harmon, an alumnus of North Carolina State University who began work on this project over 5 years ago as a graduate school project. Joe set-out to create this masterpiece to “push the line on what was considered wood’s limitation as a building material while fulfilling a lifelong dream of designing and building a car from scratch.”

The idea was inspired by a WWII fighter called the Havilland Mosquito. This airplane was an engineering marvel in its hay day because of its wood construction. Airplanes needed to be fast and lightweight during the Great War and wood became the ideal material in the construction of these airplanes. As the war raged on, the value of this aircraft was uncontested as it served a multitude of roles while admirably boasting some of the lowest numbers of aircrafts lost in combat. This is an amazing feat for an aircraft made from wood. 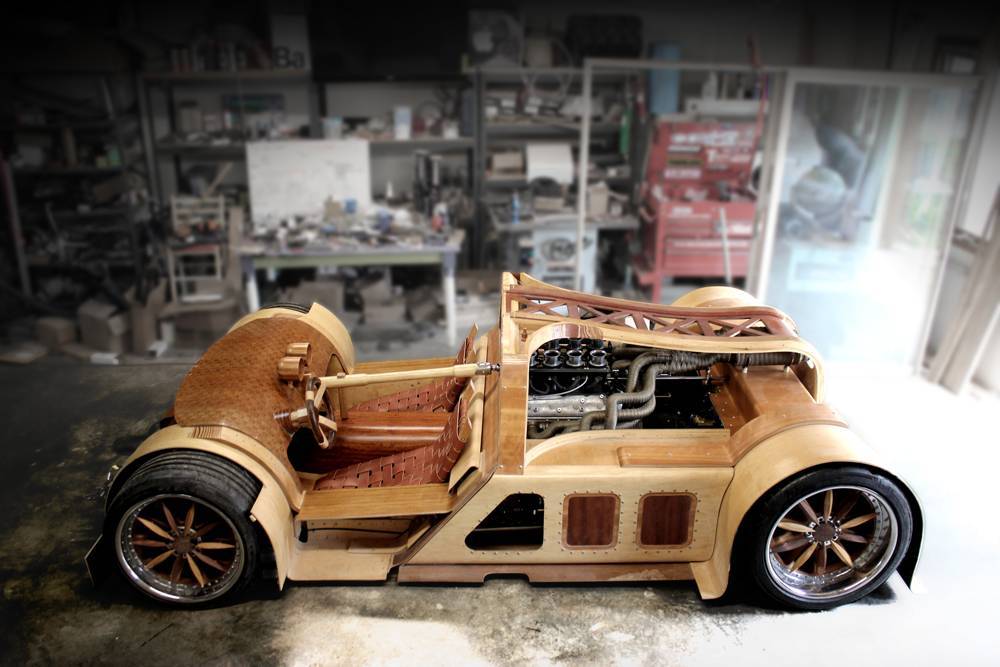 With this inspiration, Joe began his construction of the Splinter. Usually, when wooden vehicles are mentioned, people think of a “canoe made of a hollowed-out log or a rickety wagon made of nailed-together planks.” This is not the case when it comes to the Splinter. Joe is using wood in the way that carbon fiber or fiberglass is created. He takes different pieces and interlocks them together in different patterns to create a wood composite that’s many times stronger than a regular wood piece. This method, which has never been done before, created the foundation for the entire car to hold an engine capable of producing 700bhp. 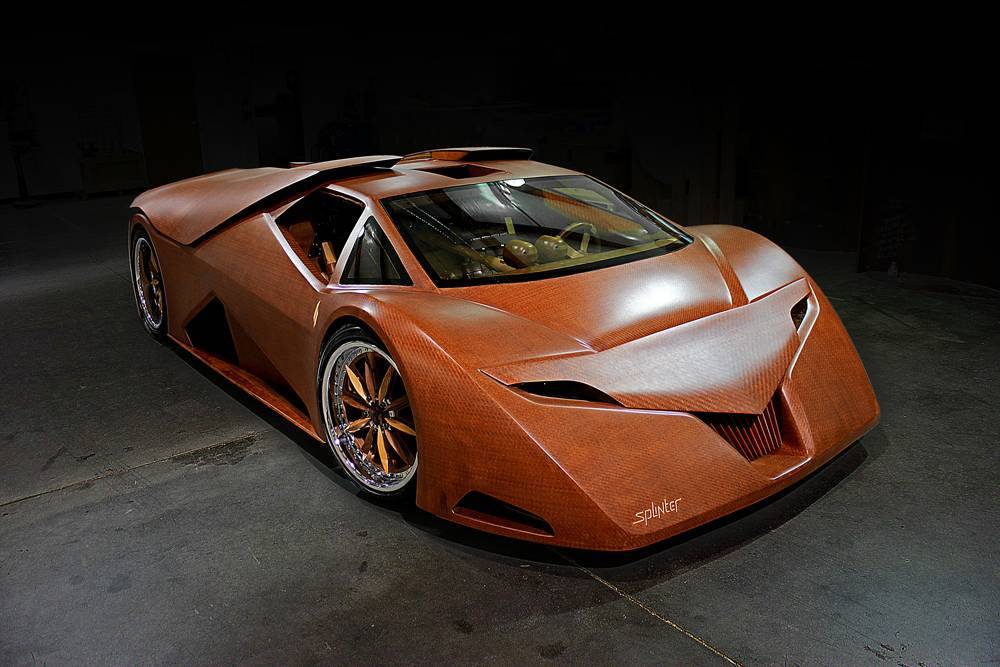 The entire project became proof of what wood could achieve. Joe knew that wood can be used for more than just home construction, it’s a material that has better strength-to-weight ratio than steel or aluminum and can be just as easily molded into untold shapes. Most importantly, as Joe states, “wood is our only naturally renewable building material; it takes an extraordinarily small amount of energy to produce and is totally biodegradable.” Next time you think that wood is not a good product for the environment, or that it has limitations of what it can be used for, think of the Joe Harmon’s Splinter.

Take a look at the whole project at JoeHarmonDesign.com